The OM Mantra. The Stairs to the Main Point

oum.ru The OM Mantra. The Stairs to the Main Point 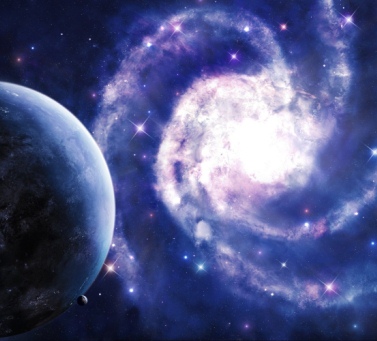 We have all tried to listen to the universe, and every one of us has heard something different: likely, whatever we were looking for, whatever signified for us that which is most beautiful or enigmatic; that to which, more than anything, our soul was striving. It’s something like our Soviet cartoon hero Big Ear: he scans all of space with his enormous radar ear, but still doesn’t quite receive the right message. He would always pick up stuff like the rhythm of dancing celestial jellyfish, violent sounds from the aluminum-can planet—basically, the kinds of sounds we already have plenty of on our own much-suffering Earth.

For many years, humanity has been doing the same thing: trying, with the help of radio technologies, to find in the cosmos whatever is accessible to our consciousness. But we are only ready to find one thing: civilization, analogous to our own in form and level of development. In other words, we’re looking for “humanoids”, whom we could talk to or fight with. If you think about it, this is a weird desire, seeing as on our own planet there’s already plenty of opportunity to talk to each other (and we haven’t even completely learned to do that yet), and there are certainly plenty of chances to wage war.

So the real question is: is there anything more to find? Everyone is looking into the depths of the universe for whatever will be apparent to their own perception. Some people envision endless struggles for power; and some others imagine living creatures which have evolved to the level of those on our own planet.

In the scriptures, it is often said that we are not alone in the universe, but it’s hard for human consciousness to perceive worlds which are on a higher level than our own. They might be completely beyond our comprehension, not even what we would think of as “worlds”. It’s simple to imagine a world that’s just a little bit better, a little bit higher, than ours: green hills covered in luscious trees, orchards teeming with pink blossoms, clear, clean air, and things that look like people all dressed in white. It seems like we could also pretty easily imagine the wishes and fears particular to such a world and its inhabitants.

But what if a more advanced life form actually looks just like a giant cloud of gas, or a breathing ocean? “Communication” with such a life form would take on a whole other meaning. It would be even more difficult to perceive that within such a form is a living soul: this would be not the soul of a being in that world, but the soul of the star or the planet itself, whether it might be good or evil, newborn or slowly fading into nothingness.

Not everyone is used to relating to our Earth as a living, feeling being, experiencing joy and pain, having a soul, and speaking to us. But it was precisely this kind of a relationship that was instilled in our predecessors, the Slavs, who saw life in everything that surrounded them, and who protected Lada, our Mother Earth. If we turn to religious texts, for example the Mahabharata, we find such a relationship to the moon (Chandra) and the sun (Surya), who have their own will, desire and problems, and a fierce love for Lakshmi, a personification of planet Earth. At the bottom of the totem pole was poor man, who, having insulted Lakshmi, lost her favor. It was Lakshmi who could provide all wealth, love and peace.

Our ancestors tried to cultivate relationships with the sun, moon and planets. Knowing that ordinary language would work to such an end, they used matras , special practices (e.g. Surya namaskar, Chandra namaskar) and sacrifices in an effort to improve their relationship with the Earth, and find harmony in the corresponding part of their own consciousness.
These aspects of culture have been almost entire lost--in Western culture, it is safe to say that they no longer exist at all. For Western scholars, understanding our own planet or a new one means to describe its chemical composition, to analyze the spectrum of its radiation, or to describe its oscillatory motions in space.

But we were in for a surprise even on this front. With the help of the spacecraft Voyager, scientists made a series of recordings called "Voices of the Planets". Sound can't travel through space, which is a vacuum, but other types of waves, called electromagnetic radiation, can. These can be recorded and "translated" into analogous sounds.

We all know how much we can tell about a person from their voice; in fact, often much more than from their appearance. Sometimes you meet a guy or a girl who's really cute at first sight, but as soon as they start talking, that pretty picture is destroyed, and behind the beautiful blond curls you start to see a grumpy downer who's dissatisfied with everything, complaining in a whiny voice. For those who know how to listen, a voice can tell it all. But it's not just our own speech that makes sound, but also the leaves that crinkle beneath our feet, the moaning wind--even stones sing. Every physical body, be it a person, a planet, or a piece of rock has its own particular vibration, corresponding to its energy. The rougher the body's general disposition and feelings it experiences, the rougher its vibration and the less pure the resulting sound.

Thanks to the recordings taken by Voyager, we were able to hear the voice of Jupiter, speaking to us in the language of the "Om" mantra, and reminding us of the need to develop our relationship with the universe, and by far not just by chemical analysis.

We can get closer to this great mantra through spiritual practice, which can act as the wire, the lead which conducts us into thinner dimensions, and allows us to hear the sounds they make, in the ringing of bells or the light voices of angels.

Now we have to consider the following: what happens when we record a powerful group chanting of a mantra using modern audio technology? A person who's never participated in a collective chant of Om is prone to attempting comparison with another, more familiar sound-- the moaning of the wind, the noise of the ocean--but someone who has taken part or at least heard a more or less decent chanting of Om will make no mistake: getting louder, fading away--this is the greatest mantra of the universe, the mantra which creates worlds.

Your help to the project